Get to know Board Member, Margaret Cook 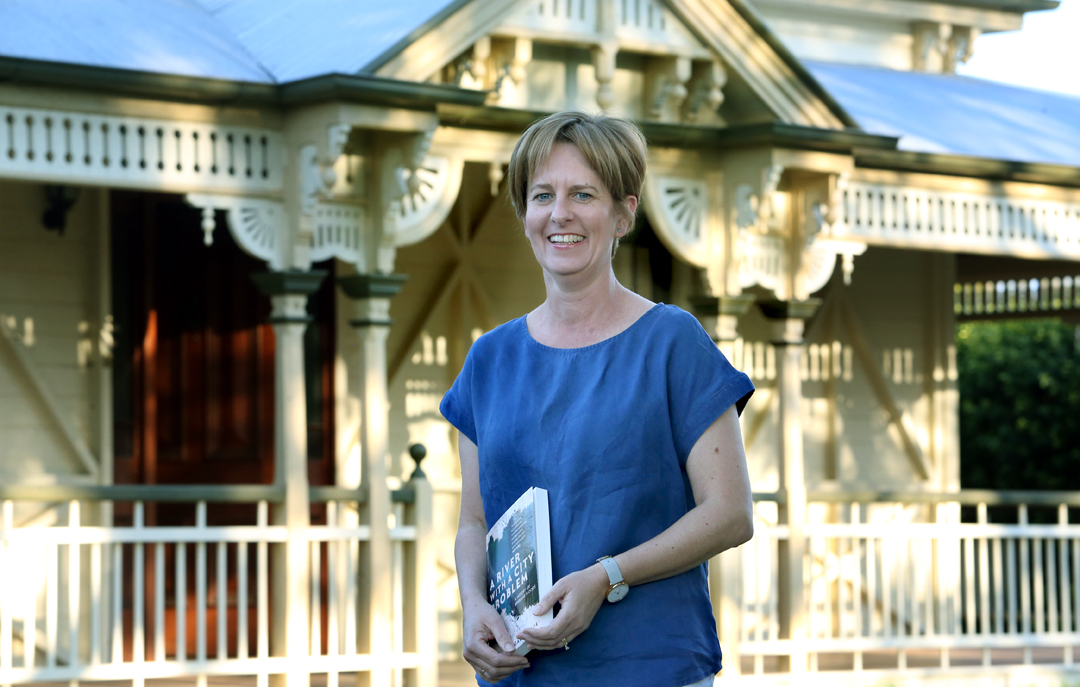 Lifelong Ipswich local, Margaret Cook joined the Foundation Board in early 2020 as a new recruit.

Margaret brings incredible expertise as an Australian History and Environmental History Teacher at the University of Sunshine Coast.

When she’s not teaching at the university, she’s working as a Historian and Heritage Consultant.

“My work is quite varied, which is what I like.

“One project I’m currently working on with my colleagues on Urban Water in Australia with many of the mainland capitals of Australia,” she said.

Reading & Family is how she spends her spare-time

In her downtime, Margaret loves to read.

“I’m currently addicted to British crime dramas on Netflix too”.

Since the COVID-19 pandemic began, Margaret has been able to spend more quality time with her husband and two sons, as well as her very cat, Milo who practically “runs the house”.

Margaret is a very talented academic and her 2019 book, A River with a City Problem has been nominated for the 2020 Courier-Mail People’s Choice Queensland Book of the Year Award.

“The book is one of just eight finalists.

“It’s quite an honor to be nominated,” she said.

Now, it’s up to the public to cast their vote.

To see Margaret’s competition and to vote for her book, click here.

Margaret is not just an academic, she’s a strong believer in community and giving back.

She has always been involved in community groups.

“I always try to do my bit in our community,” she said.

She was first introduced to the Foundation by the annual Park2Park Fun Run which she’s been walking Park2Park for many years.

After familiarising herself with the great work the Foundation does, she knew she wanted to be a part of it and give back to her community.

“I hope what I bring to the Foundation is the genuine commitment to the community I have,” she said.

Volunteering with the Hospital Foundation is something Margaret would recommend to anyone!

“It’s good to feel like you’re a part of something bigger” and “there are so many things you can do with the Foundation”.

Put simply, “just reach out, there’s probably a role for you, she said!

If you’re interested in working with the Foundation as a volunteer, visit our Volunteer Page.