The history of nursing and medicine at The Ipswich Hospital Museum 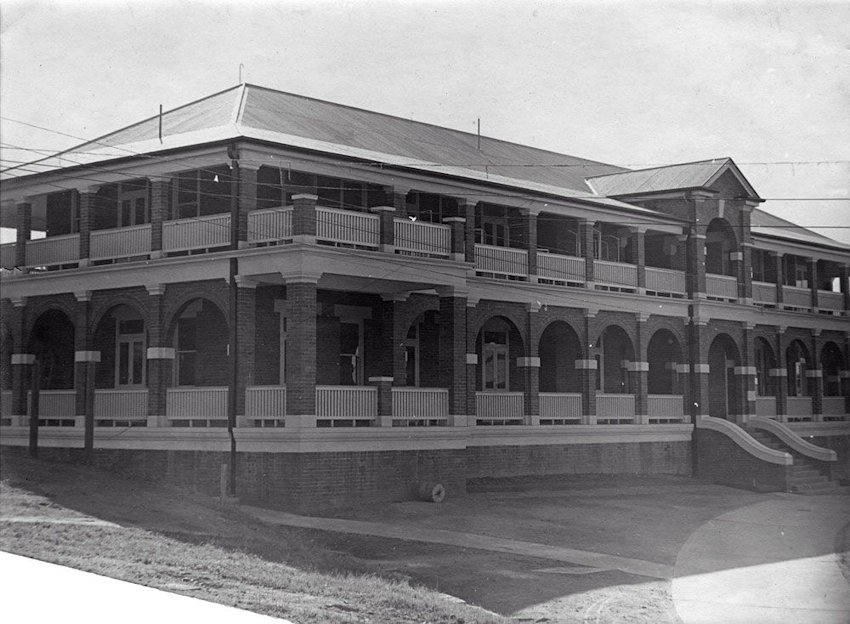 Recently, we spoke to Libby (pictured left below), one of our amazing and dedicated volunteers at The Ipswich Hospital Museum. Having worked as a registered nurse at the hospital, in the operating theatres for an impressive 39 years, Libby has an impressive knowledge of the hospital’s history which we wanted to know more about and share.  Here she talks us through how she started the museum in 2010 and some of the important work they do there today. 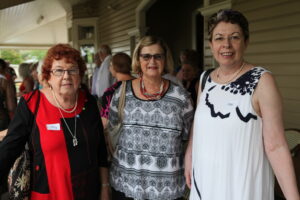 Libby’s research dates back to when The Ipswich Hospital was first opened in 1860 tracing timelines of staff that worked there, patients, medicine, equipment, and poignant experiences that happened over the decades.

“It was the second-ever hospital in Queensland, the first was in Brisbane. But the Ipswich Hospital was the first to do a blood transfusion (human to human) in Australia in the 1800s.”

The foundations of the hospital began whilst Libby was working as an operating nurse. She had always been interested in how the technology and equipment had changed over the decades, so as equipment became obsolete she kept instruments to show the developments for generations to come. After an unfortunate fire in 2005, the hospital was demolished but during the redevelopment process, Libby persisted to ask and was granted a bigger space to grow her collection from a small cabinet to a museum.

“The Ipswich community has great respect for the hospital, it’s very well known to the general public because of all the employees that have worked there and people’s loved ones who have been looked after there, so I wanted to keep its history in the museum. We’ve grown out of space again actually!”

Libby works in a team of 8 volunteers who all share a passion for research and history. They also rely on community involvement to help them build accurate pictures of the past.

“There’s a fair bit of community involvement too, we have interested groups who approach us to tell us about the history of people that have worked there or ex-patients that come to our displays often tell us stories which is a great help. Or perhaps ex nurses who are looking for colleagues to organise a reunion. We also get lots of requests from overseas, including a doctor from the US who was doing some research that we were able to help”

Amidst COVID-19 restrictions, the volunteer team continue to research and swap ideas to keep the momentum going and because they absolutely love it! They send out a quarterly newsletter to keep the community updated with the work they do & facts from the past. They are currently writing a book about all the Matrons of the hospital through the decades.

“Yes, it’s a book about all the Matrons of the Hospital, from the first in 1863 called Ellen Raymond from Ireland right up to the nurse who held the last title of Matron in 1967. We are tracing all the matrons who have worked there in between.”

The current exhibition at the museum is around the theme of “The Infections, Epidemics, and Fevers of Ipswich” – very timely with COVID-19 at the moment!

“Yes we’ve had our current display running since October, lots about the bubonic plague in 1900s, Scarlet Fever, Diphtheria and Typhoid Epidemic – a huge coincidence with COVID-19 but seems rather relevant now! Lots of petulance mind, but everyone loves a bit of pus don’t they!”

2020 marks the International Year of the Nurse and Midwife, which commemorates the 200th anniversary of the birth of Florence Nightingale on May 12, 1820. It’s a special year to focus on the professions of nursing and midwifery and even more so this year with the courageous work of nurses and other healthcare workers in face of COVID19. Libby and her team have put special stories up in the lifts of the hospital to draw people’s attention to the importance.

“Several Ipswich Hospital nurses have died caring for infectious patients including our first matron, Ellen Raymond, who died in 1865 from Typhoid Fever she had contracted from a patient. Our research is important to show ordinary nurses who have done extraordinary things and we want to share their stories.”

If Libby’s story has inspired you to get hands-on in the community, check out our volunteer opportunities page!